As I've said many times, Ankylosaurus is one of my favorite dinosaurs of all time. In JW:E, it's got a great design, which you can modify by changing its skin. It also has a savage kill animation where it snaps a theropod's neck with its tail club.

Allosaurus has the same repetitive battle and kill animations as megatheropods like Giganotosaurus and Tyrannosaurus. However, it gives a little snap when you release it from a Hammond Creation Lab. The only things I can hold against this apex predator are that it's way too overpowered, able to kill a T.rex and a Spinosaurus, and its skins are kind of lackluster.

This hybrid beast stole the show in 2015's Jurassic World, so of course it was added to JW:E. Given its high level of aggression and its genocide of Apatosaurus in JW, it is the only dinosaur that will attac a sauropod. It has a funny animation where it picks up a goat in its hand, and its Rainforest and Alpine skins are beautiful. However, the Arid skin is just ugly, and the Savannah skin is a less awesome version of its Rainforest skin. There's not much else I can criticize about this dinosaur.

This dinosaur has some unique animations shared by no other dinosaur in the game, and I love the Vivid skin, which gives it a purple stripe. However, it lives for a VERY short time, its other skins suck, and I would've liked if we got a white Indoraptor, similar to how we got a black Indominus rex. Still, its crazy stats will ensure that guests flock to your park. 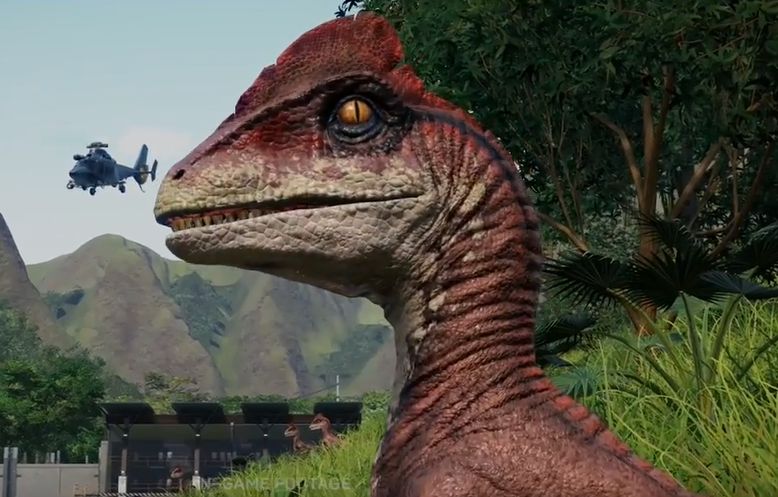 This one's gonna be controversial. I'll be honest, at first, I wasn't too fond of the original design, and I thought that they should've left it out of the game, considering that JP's Velociraptor takes the physiology of D.antirrhopus, minus the lack of feathers. However, the crest and small tail fin of JW:E's Deinonychus grew on me. It's a genetically-modified creature, so it's not gonna be accurate to the real-life thing. Plus, its skins are much better than those of JW:E's Velociraptor. 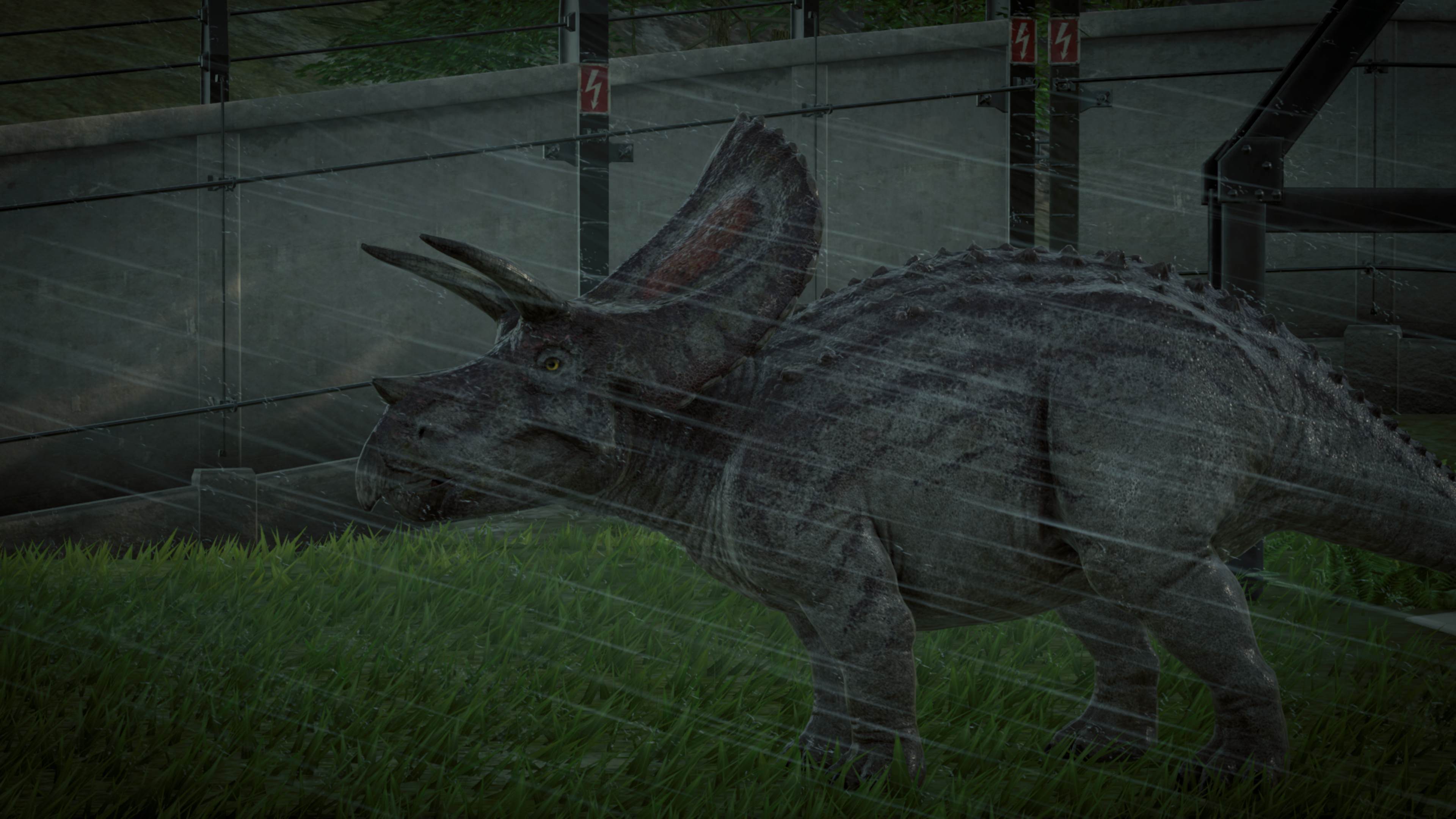 In real life, I much prefer Triceratops to Torosaurus. However, in JW:E, I prefer the Toro's design. It looks more like T.prorsus (the Triceratops species I prefer), while the game's Trike ressembles T.horridus. It also has some osteoderns running down its back, which make it look cooler.

Spinosaurus' default skin is already gorgeous, and its other skins make it look even better. And, since it's my second-favorite real-life animal, of course it would be high on my list. However, its size is a bit small and it lacks its blood-curdling roar from Jurassic Park III. Nonetheless, it's one of the dinosaurs that has an excellent design and skins.

You probably expected T.rex to be at the top, right? Well, in this game, there are two that surpass it. However, it's still an amazing creature. It barely edges out Spinosaurus because of the two issues I have with the latter, but by itself, it's still awesome. Its default skin is plain and simple, carried so far by nostalgia, and its other skins make it look even better (except Tundra). While they are not as colorful as the Spino skins, the Rex skins can still make it more aesthetically pleasing.

It wasn't until today that Carnotaurus stole second place from Tyrannosaurus rex. It was still awesome before, cracking the top 5 on this list. Its default skin is amazing, and its other skins all look good at the very least. But what really allowed it to take Number 2 is that when I triggered a mass breakout on Isla Nublar, it killed my Indominus rex. Not only did the Carno secure a future for itself, but it also saved the lives of all my sauropods, including Number 1 on this list...

Yes, this herbivore is my favorite dinosaur in the game. Its entrance is majestic and beautiful, just like the version of this creature in the movies. Its cry is a touching sound, and it perfectly shows why the franchise works so well. It's portrayed as an animal, not a monster. Even though its skins are relatively simplistic, they still look beautiful. For these reasons, Brachiosaurus is my favorite dinosaur in Jurassic World: Evolution.

Quality list. T.rex would probably the pinnacle regardless for me.

My favorite is probably the Nodosaurus.