Rexy, the T.rex from the original movie, is bac. 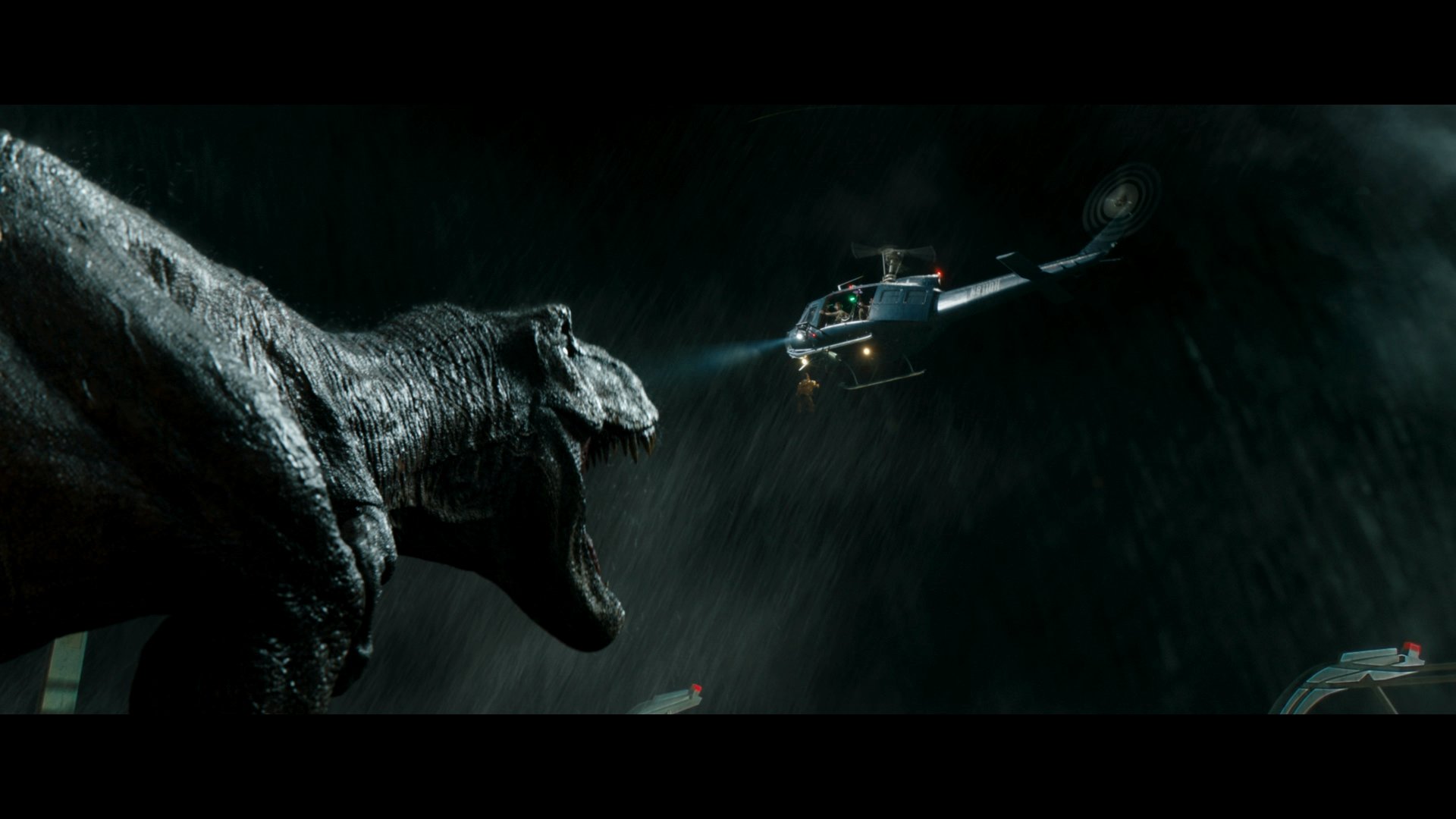 The guy who gets eaten by the Mosasaurus wears a yellow raincoat like Nedry.

A few seconds before Rexy appears, the Dilophosaurus cry can be heard.

Daddy Goldblum is bac as Ian Malcolm (but you already knew that). 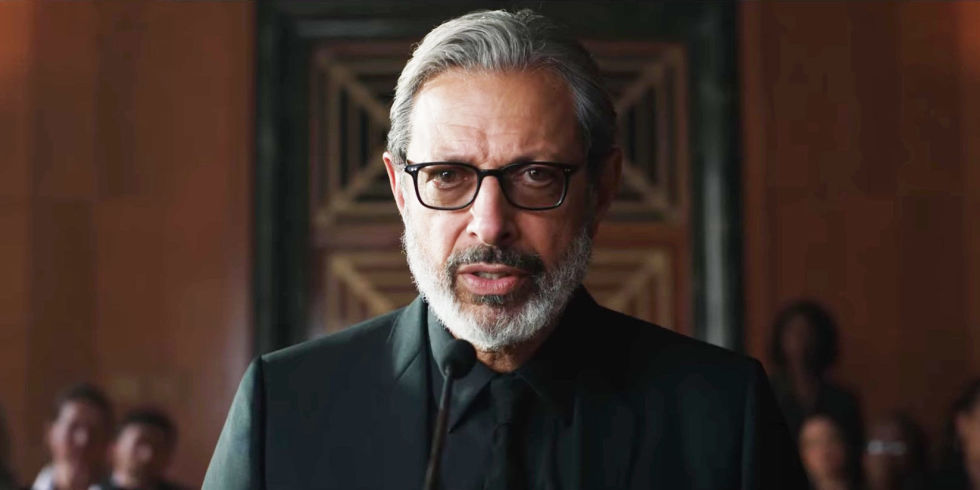 Blue jumps on the Ford Explorer that Rexy knocked into the Tyrannosaur Paddock in 1993.

The Baryonyx, which was originally supposed to be the villain of JPIII, makes its first appearance here.

The Carnotaurus, which appeared in the TLW novel, makes its first on-screen appearance.

In both this movie and the original JP, Rexy inadvertantly saves the main characters from another theropod and roars triumphantly. 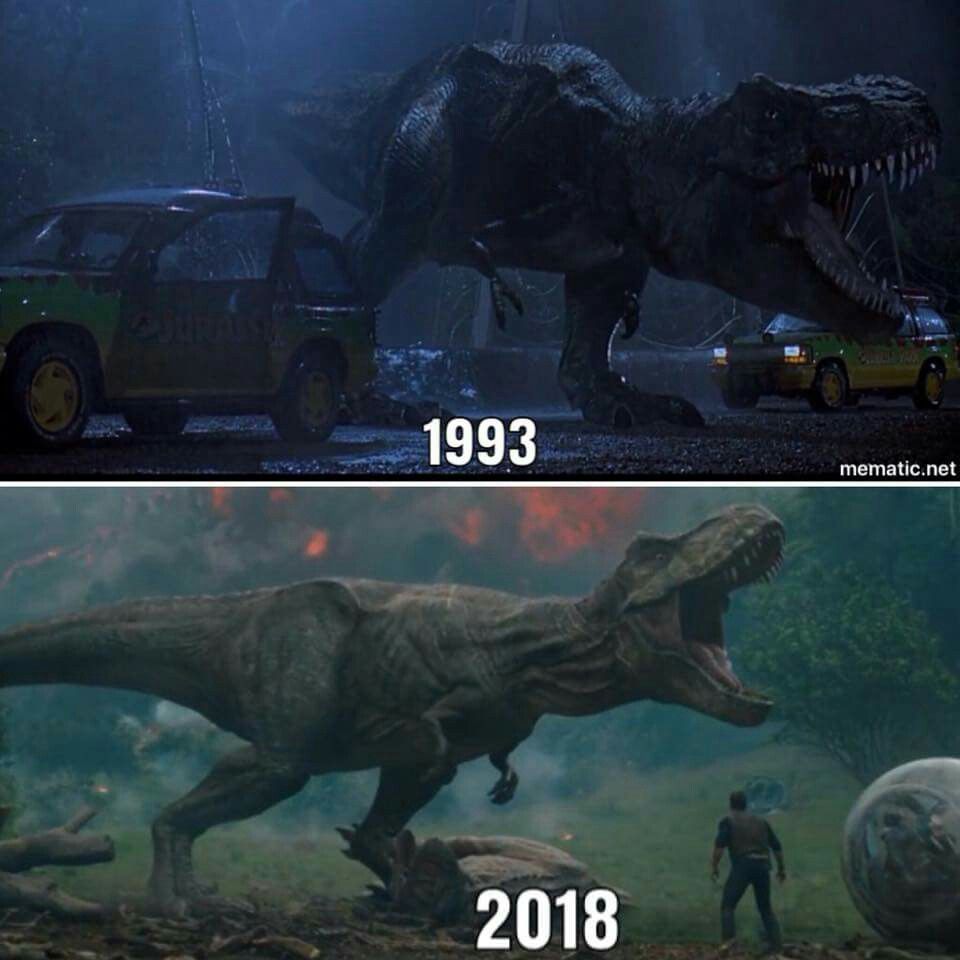 When the Brachiosaurus dies, it rears up on its hind legs like in the first movie. 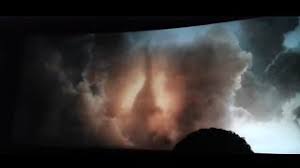 Benjamin Lockwood has an amber cane like his former partner, John Hammond.

Blue's blood transfusion is similar to Nick and Sarah fixing the baby Rex's leg in TLW. Rexy is lured to her cage for the auction with a goat, which was also used to lure her out in Jurassic Park and Jurassic World. 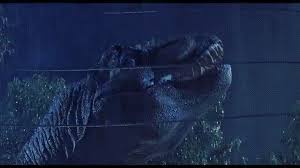 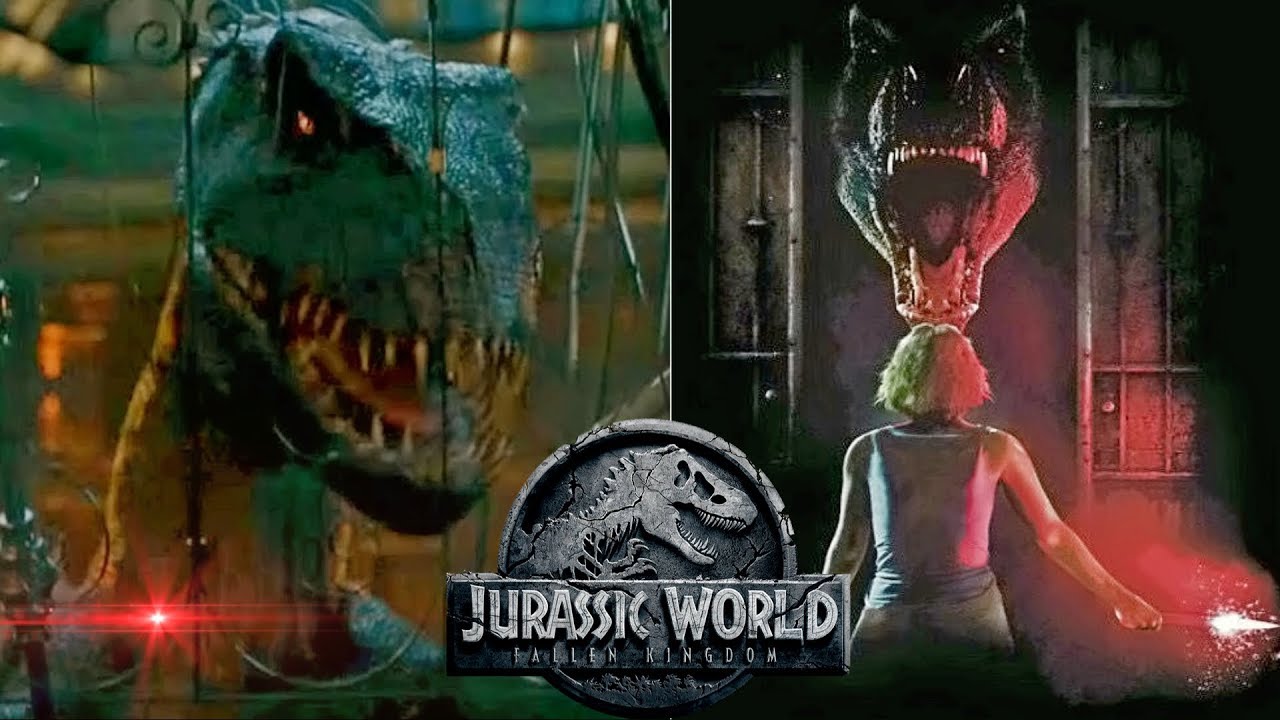 As Eli Mills goes to pick up the I.rex genetic sample, the Carnotaurus lurks in the background's floodlights, which is a homage to the TLW novel. When Rexy roars in-front of the Lockwood Mansion, she's standing in the same pose as when she roars at the end of the first movie.

When Rexy breaks into the Lion enclosure, the sound of the fence snapping is the same as when she broke out of her own paddock in 1993. I actually didn't realize that the car Blue landed on was the same one from the first JP movie.

(Also the Brachiosaurus is the same one from JP)

That’s a lot of Easter eggs.

Eli Mills' death is a homage to Eddie Carr getting ripped in half. 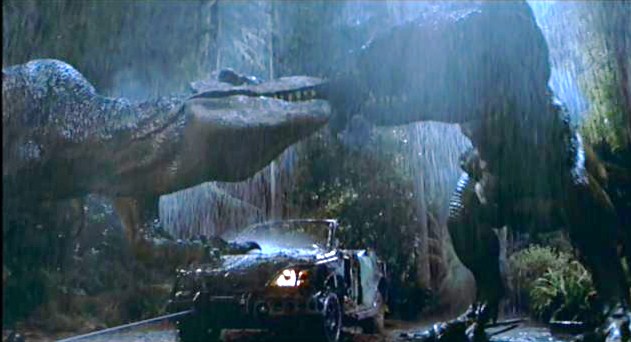 The group goes to the island with a plane like in JPIII.

Maisie backing into the Indoraptor's cage is like Ellie standing in front of a fence with a Raptor behind it.

Didn't you see Slenderman in the movie??