Jurassic World: Fallen Kingdom will introduce an organization called the Dinosaur Protection Group. To promote this, a new website was launched, like how one was for Jurassic World:

It has some interesting information on it, especially this poster- 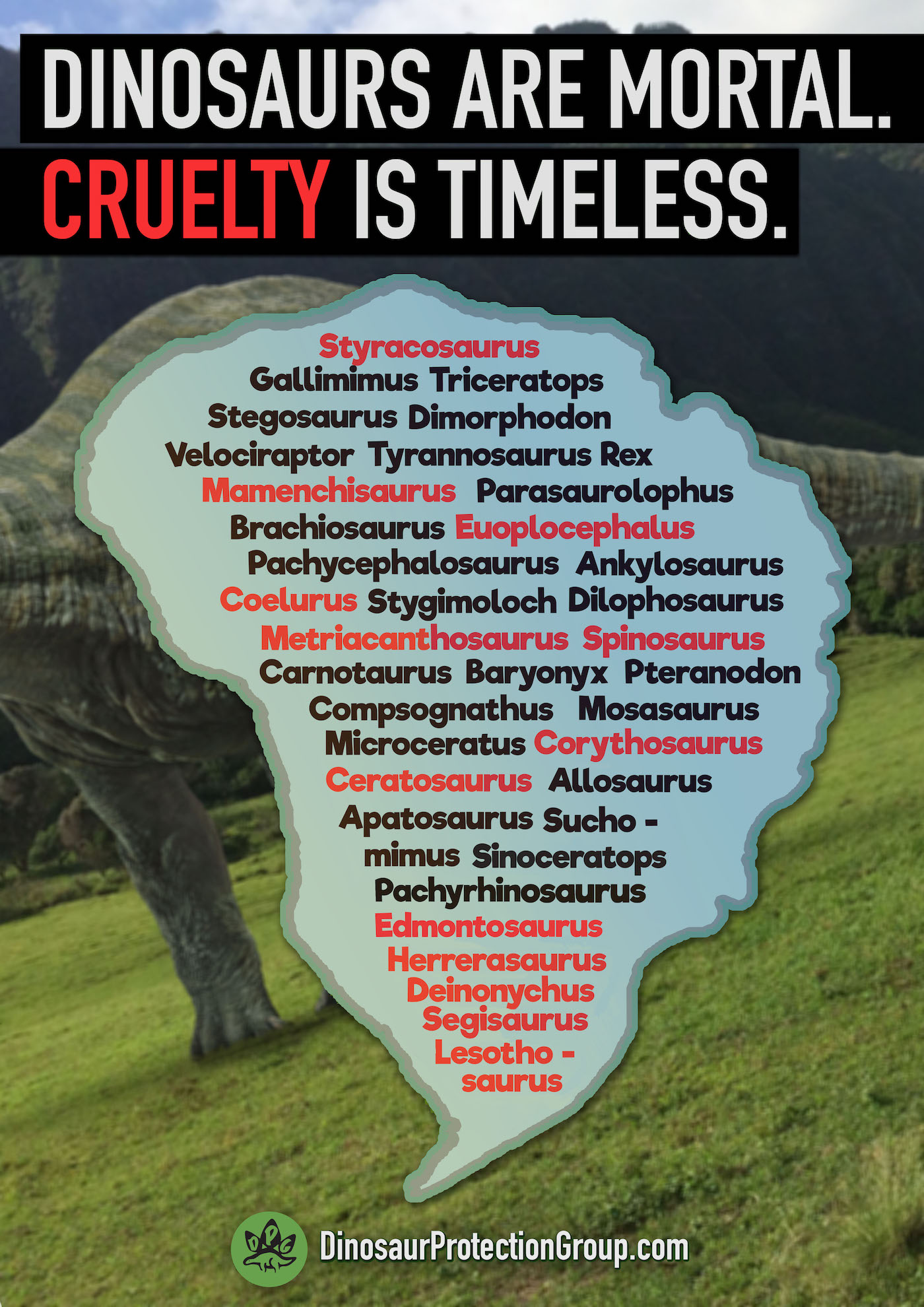 A few of the dinosaurs listed (Styracosaurus, Coelurus, Lesothosaurus, Deinonychus, and Euoplocephalus) have never been mentioned in a Jurassic Park movie (unless you count the raptors as Deinonychus). Additionally, why are some of the names red?

The website also confirms Isla Sorna as canon, after some debate. Jurassic World left it kind of vague.

Speaking of Jurassic World, does anyone remember this website?

It's been updated. Among the most notable updates are as follows:

Confirms three of the raptors died after some speculation that Delta also survived.

Explains how the Mosasaurus escaped.

Lists all the dinosaurs as endangered except the following:

There's no Carnotaurus on either site, strange.

^It's in the picture provided. In between Metriacanthosaurus and Compsognathus.

I've heard that the dinosaurs whose names are in red have gone extinct. So theoretically, at one point, Nublar had a Spinosaurus.

Thanks for sharing this update!

Only problem with that theory is that the Metriacanthosaurus was declared extinct, but its name is written in black.

The article reveals many new information about ingen and it also talked about the events of TLW and JP3. Apparently, there is a hacker named "[email protected][email protected]", who leaked Ingen's sensitive document. I suggest you guys read the article, it's pretty interesting.