Dinosaurs! What new species would you like to see?

With every Jurassic movie new dinosaurs are added.. So what do you want to see that'll be new to the franchise?

Try to share names & pictures, as not everyone is a expert.. and hell, there are lots odd species out there which mean even the Paleontologists struggle to keep up at points.

While not actually a dinosaur, but rather a synapsid, this animal would look right at home in the series. Plus, it has appeared in the extended media of Jurassic Park quite a few times, with numerous toys and comic appearances. I've always imagined these creatures being awkward and lazy, but if you piss them off (come too close to their family unit & den) they'll relentlessly barrel at you grunting and roaring like a wild hog. What's nice is they could fit an interesting niche of creatures that haven't really been explored in the films as of yet.

For more you can check

18 Responses to Dinosaurs! What new species would you like to see?

For the 3rd installment, I don't necessarily want a NEW dinosaur to be shown, but both of the ones I'll list would make their first appearances in the trilogy.

We haven't seen either one in 16 years and counting...

One species is the very definition of wonder and amazement.  One cannot help but look up to it, and hear it's magnificent haunting cry...

The other is the very definition of rage.  It is one, now very old, individual.  But its age hasn't hindered the strength and anger that its roar embodies.  All fear this beast, while it fears none, and it has eyes set on one species that rivals it as the apex predator of the island.

Care to guess which dinosaurs I just described?

^Carnotaurus? Hell yeah! Btw the first you described was B.altithorax, and the other was the queen herself, Rexy!

@Regent Tyrannos, you guessed right with the Brachiosaurus.  But, Rexy is not the second dinosaur I described.

Here are 2 hints, on top of the description I gave above:  this individual animal has proven to threaten Rexy's kin, and it was last seen on Isla Sorna, not Nublar.

I'm guessing it's either that JPIII abomination or the Buck from TLW:JP.

@Tyrannos:  yup.  THAT Spinosaurus.  An old warrior, the stuff of legend!

BUT...I'm always down to see another male T.rex.  If the male from TLW is still alive, I'd like to see how he aged too!  And his mate and offspring!

After seeing the JW:FK trailer, one of these animals is confirmed.  My jaw dropped when I saw the Brachiosaurus, and then I gave a bigger reaction when I saw them alongside the Apatosaurus!

a new species i would like to see in jurassic world fallen kingdom is a: triceratops+T-Rex hybrid or tricerasaurus rex 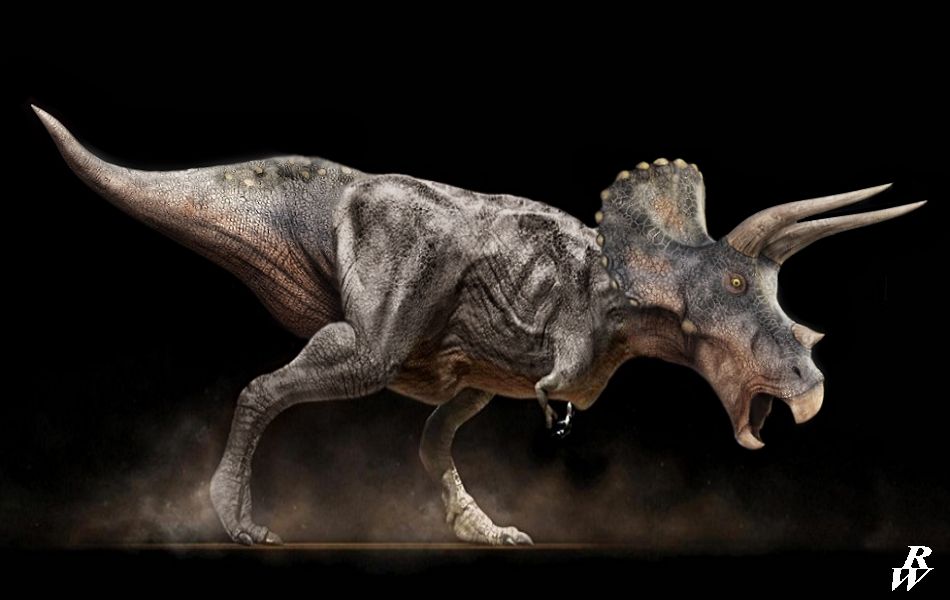 I'm down for an Ultimasaurus

ultimasaurus vs Rexy but Rexy has a twist. She has an indominus rex on her side.

I just want the hybrid BS to stop.

there will be no more hybrids in Jurassic World III/Jurassic Park VI.

On that note, I would liked to see feathered dinosaurs like Yutyrannus

I honestly don't want to see Giganotosaurus, too similar to the T.Rex, wouldn't be special.

Well Giganotosaurus does have a different looking head, of coarse they could radicalize its design since all the resurrected dinosaurs in the Jurassic Park/World universe are genetically engineered.

The God Of Destruction

How about The Indominus Rex again except In Jurassic World 3 it's a battle between The I.Rex and The IndoRapture!

The will be no more hybrids in the next movie and Spinosaurus is extinct. The creature from III was only member of its kind and was the prototype to the indominus rex.