''God I hope they bring back Elvis!

I'm not talking about the Parasaurolophus. I absolutely LOVE the Dilophosaurus in Jurassic Park!

It's probably not an accurate representation of the real thing, but that's not the point.
We'll never know what it looked like in real life anyway. But even so I think they pulled out all the stops with this creature and made of it one of the most believable dinosaurs in cinematic history.

The Raptors and the T-rex undoubtedly stole the show, but I haven't seen ANY dinosaur-related film so far which made an extinct animal seem so believable, even though this movie is almost 24 years old!

It's a matter of taste I might add, but here's why I prefer the Dilophosaurus over the Velociraptors or the T-rex:

It's a complete underdog and nobody had probably ever heard of it before untill the release of the film.

Unlike all the other dinosaurs from Jurassic Park, it was the only one that wasn't brown-skinned. It had a nice camouflage pattern going on which makes it a more efficient creature when it comes to hunting or hiding from predators.
But when it FRILLED OUT it meant business. Like most animals these days, anything that has extreme colours is to warn predators it's toxic. To top it all it could also spit it's venom like some cobras, giving it a serious advantage in range.
So the JP Dilophosaurus would fit in perfectly if it still existed today.

It makes all the right noises, like it being some overexcited bird. It's absolutely brilliant how it toys around with Nedry and it's not untill he sees this thing in front of the Jeep's headlights that he realises it looks carnivorous.
Because of it's playfull behaviour it also somewhat indicates it wasn't fuly grown yet and when you take into account these animals could reach up to 18-20 feet in length it all makes it more apparent that this was still a juvenile. And since it was hiding in the trees, this makes things much more interesting to speculate about: did only the adults live on the ground or were they also good at climbing trees?
One of them should have been in the tree where Alan and the kids were spending the night. HAHA

But anyway, can you imagine a predator that is 3 times as big as a velociraptor?! It would practically touch the ceiling.
I'd be damned if I ever encountered one and it would definitely be one of the most ultimate movie monsters of all time, with a degree in badassness!

This is why the Dilophosaurus will always be my favourite and I just want to see it one more time on the big screen.

IT KICKS SO MUCH ASS! :) It's not about it being a factual or an accurate representation, but a most believable one.

PS: I have all of them except the red one. And it's extremely difficult to find one MIB these days! 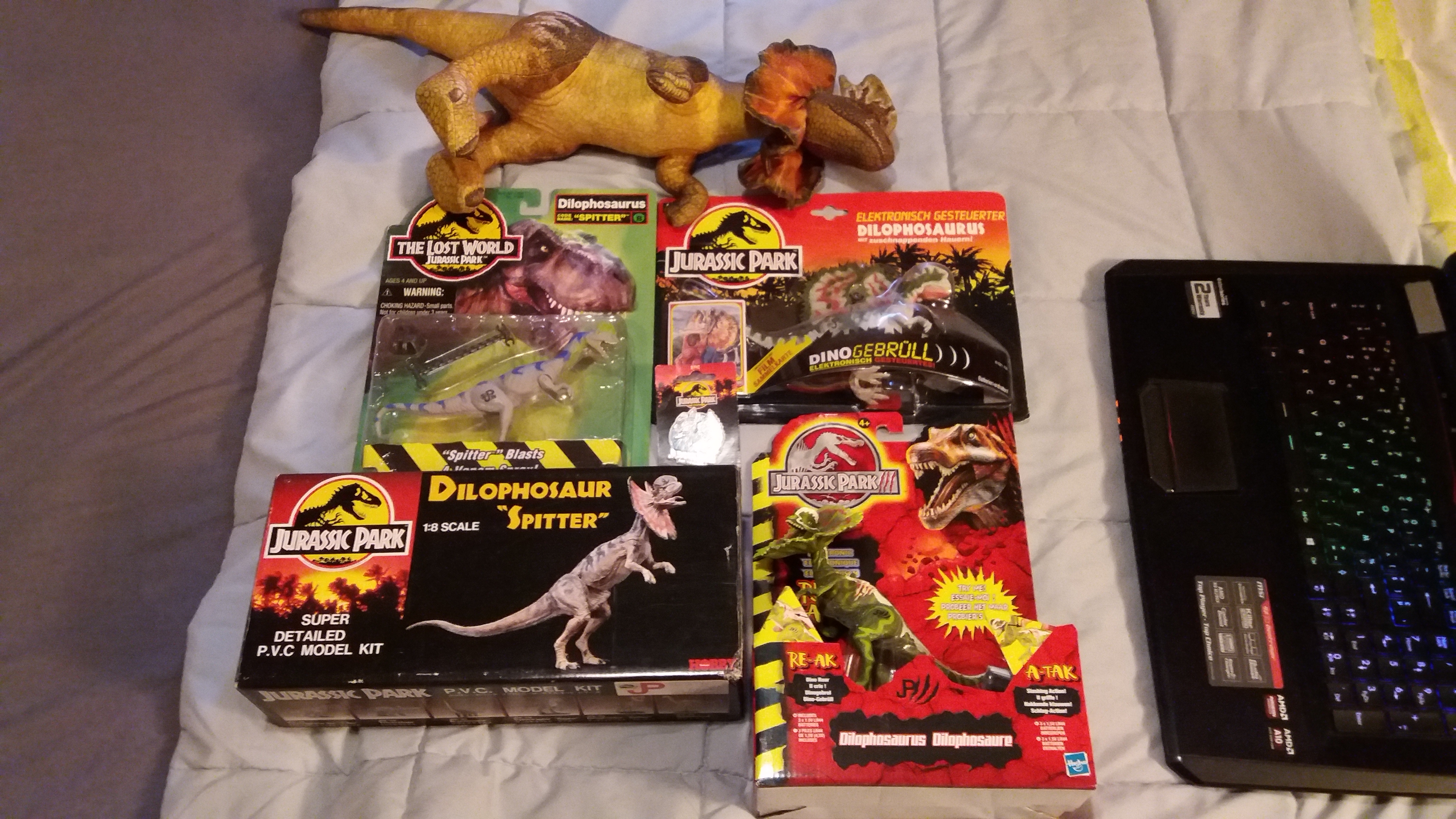 1 Responses to ''God I hope they bring back Elvis!

I would like to see the Dilophosaurus back too. Its a great mesopredator, adds that extra dimension of threat, lurking around.