Indominus Rex vs. Jurassic Park Spinosaurus - Who Would Win?

Thanks to Blue and a well placed Mosasaur, the T-Rex reclaimed the park as her own and the Indominus met its end at the end of Jurassic World. BUT, what if the Indominus had faced another opponent? One that has had Jurassic Park fans arguing since 2001 - the Spinosaurus? 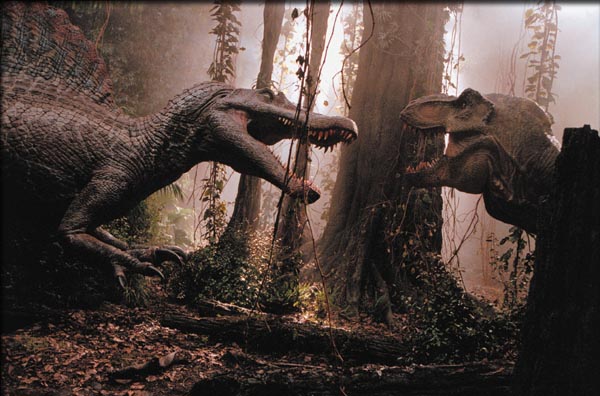 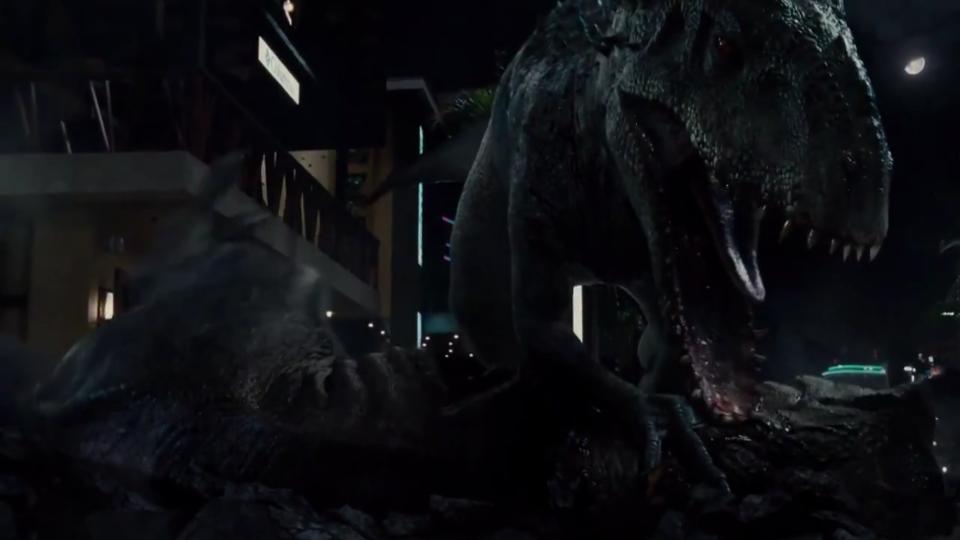 No, I'm not talking the scientifically accurate Spinosaurs, I'm talking JP Universe Spinosaurus. If the two were to face off, one-on-one, which do you think would win and why?

10 Responses to Indominus Rex vs. Jurassic Park Spinosaurus - Who Would Win?

I think the Spinosaurus would win as she has had more experience fighting other big dinosaurs. Wait, do you mean the same Spinosaurus from JP 3? Or just a JP Spinosaurus in general?

Given that the Indominus is proportionally larger, unless the Spinosaurus wasn't fully grown (it was around 45 feet, fully grown say it should be 60 feet). Maybe the Spinosaurus could give it a run for its money, but it would prevail. Also, Rexy was at her final years, given her size, power and speed during the first movie (you could see she was much more muscular, and faster), she looked like she could have beaten the Indominus one on one fair. So yes, Spinosaurus has a chance, but it's probably 50/50 or 60/40 to the Indominus.

This is a one-sided fight in the Indominus' favor.  What if Rexy fought along side the Spino?  :D

YOLO! I have just joined Scified and is SOOOOOO happy that I did! I've been on here for literally just five minutes after joining and I already love everything about it! Anyway, I've posted Rexy VS JP III Spinosaurus on another game a while ago too! And considering the strength, aggression and determination of both those two huge theropods........ that would be a loooooooooooong period of destruction and injury, and it would be no different with Indominus Rex going against the JP III Spinosaurus!

I want to say Spinosaurus...really do. But no. The Indominus is a 'living weapon unlike anything we've ever seen.'

I say she'd beat T-Rex and Spinosaurus, whether it's Rexy in her prime or not, she'd lose to it. So would the Spinosaurus from JP///. Camouflage, 90o bite, those OP hands (what pinned Rexy down in JW) and her size.

She wasn't even experienced! "She seeing all of this for the first time." Imagine after + experience. She'd beat both. My opinion.

JPC, I think Rexy in her prime could beat Indominus.

VV, Indominus will slaughter the Spinosaurus.

...are you saying that Spino can kill a Rex?