Trevor - A friend of Gray's.

Ten years have passed since the incident of Jurassic World on June 11 of 2015. Masrani Global has seeked its new CEO and began to rebuild and clean up the park. Owen and Barry assist in the clean-up, taking his nine year-old daughter, Emily, to work with her. Gray takes the summer off to visit Owen while inviting his friend, Trevor, to come along with him. Rexy has managed to control the island for the ten years, keeping Blue along side her. Little did they know, Wu was plotting another incident, to test out the militarized Indominus Rex. This leads to another incident, only much worse. Two giants work together to wreck havoc on the rebuilt park before leaving it in ruin to take on a much bigger target: the mainland. Owen must round up every dinosaur there is on Nublar to bring down the two from destroying mankind itself in the biggest battle in the city of San Francisco.

1. Masrani Global plans to create dinosaurs and allow them to coexist among humans as safe wildlife.

3. Jurassic World was to shut down in case if the MG plan was to become successful.

4. Owen plans to quit after the recreation of the park with Barry for a job back in the US.

15 Responses to Jurassic World 2 (Idea for the Sequel - WIP)

No Alan Grant? Im pretty sure Grant will be in the sequel.

Sounds interesting!, but I think your plot should take place in 2018

Great idea  but Rexy is to old to have a mate.

We don't even know if older animals can or can't. They can, most likely.

Also forgot Rexy is the only Rex on Nublar sooooo yea.......

Doesn't have to be the same year to be released, Sci-Fi King25

They made another Rex during the clean-up, SkeleturtleTheBest.

And we'll let Professor oak take it from there... 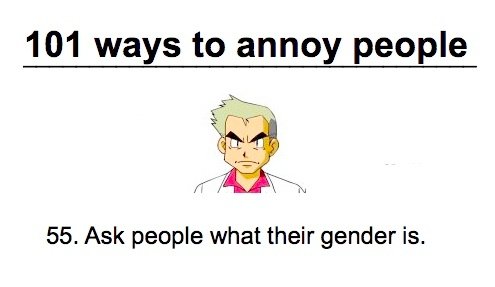 TYRANNWRIGHT - How very compelling! I greatly enjoy the ideas you have presented within your synopsis! I would be very interested in seeing what a child between Owen and Claire is like - loads of personality, no doubt! Thank you so much for taking the time to create and present this very interesting premise to us! :)

Good idea, I love it

2. Alan Grant and Ian Malcolm should make at least a cameo, if not a minor or supporting role, off the island, as I'm pretty sure neither want to go on a dinosaur island again. Its nice to see fans such as yourself come up with ideas for the plot for the sequel and im pretty impressed you came up with one at all as I have no idea what is coming in the future. However im a honest man and I have to admit I wouldnt go see the movie at all.

For instance Gigantosaurus working with Indominus is kinda silly and could not happend considering Indom will just attack him/her as it kills everything that moves execpt for relatives like the raptors.

Taking your ten year old daughter to a park filled with killer dinosaurus isnt the greatest of ideas and what dialouge is she going to bring to the role?

Im guessing you mean the final fight will take place in San Fran. Problem is we have already been there in lost world and how will Indominus and Giga get there? Also even though this is just my opinion Blue and Rexy arent realy friends, they just brought down the first indominus together because they knew it was necessary and in the final shot of the two you can see blue getting ready to bolt in the other direction.

I dont mean to be all negative, and from this post I probably sound like A jack ass but I just didnt like it. However I seem to be in the minority as lots of other people realy like your work. So good job... nice plot, but let's make the I-Rex doesn't have any Ally, and the ally was actually trained to betrayed the I-rex by owen, that make's things interesting.

@Blue-The I. rex is part Giganotosaurus