Just thought I would share this interesting news here :)

Scientists say they have 70% of the key bones needed to fully describe the creature, Dreadnoughtus schrani.¨ 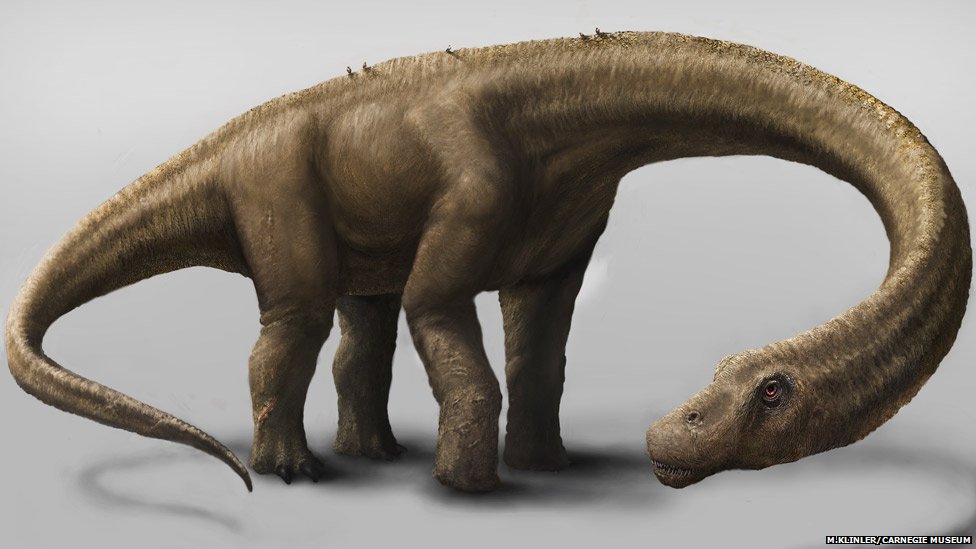 How far can we push nature before it pushes back?
20 Responses to Dreadnoughtus, the new giant!

That's a heck of a beast. Nice find SFKing.

That is one big dinosaur....wonder how much it could eventually have grown.

My dad told me about this, and then we watched it on the news. It's amazing, isn't it?

Good to see this thing has a name to it now, my estimates for its size were right on the money

It's definitely a monster, I too wonder how big it could have got, I recently read it was growing fast at the time it was killed :)

The Cervical vertebrate weren't fully fused at the time of its death, but were pretty close. That tells us this thing was nearing maturity, and as seen in other sauropods, Dreadnoughtus was about to put on some serious weight. It's a titanosaur, and basing off of Argentinosaurus(even though we don't have an established growth rate for most sauropods) this thing would have weighed ~165-180 tons when it was fully mature, a beast indeed

´´Drexel University professor Ken Lacovara has recently unveiled a new supermassive dinosaur species he discovered and unearthed with his team between 2005 and 2009. Weighing in at nearly 65 tons, Dreadnoughtus schrani is the largest land animal ever found of calculable mass and also by far one of the most complete skeletons ever found for a dinosaur in this mass range''

The world will spin well past our last breath, but I will always care about you

Awesome find! Its always good to have a new dinosaur species

Why can't we have any cool dinosaur discovries in Oklahome? We havethe High Lands where the Black Mesa is and barely anyone around. Wh does no one like Oklahoma? We're a very diverse state over here. We have the High Lands, a mini-desert, forests, mountains, plains, and lots of man-made lakes and natural rivers.

^ you guys have Saurophaganax, that's a pretty cool Allosaurid right there! That is one big cow lol

HOW BIG IS IT?

I think the reason that JP4 doesnt feature Super Giant Sauropods is the basic fact that they would eat and probably kill every tree on the Island. These giants reached over 80,000kgs and would eat half a tonne a day. Still would love to see a Supersaurus, or Brachiasaur because they are awsome. Also how would you fence them in?

Because Games Workshop will sue the scientists for naming their dino after their Warhammer 40K Space Marine unit :D

Awesome discovery by the way! Thumbs up! Brandon661 13% To Next Rank
Compsognathus

Luke Adams 10% To Next Rank
Compsognathus