A Replica of Carnotaurus

Hello there, everyone. I recently found this rather neat Carnotaurus maquette for sale from the Sidewhow Collectibles company. I thought of you guys when I saw it and couldn't help but share it with you. I certainly hope you enjoy it. :) 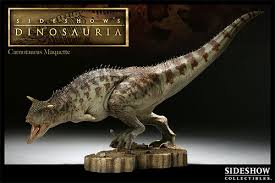 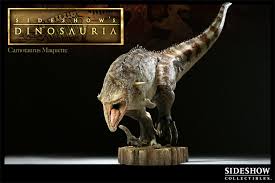 15 Responses to A Replica of Carnotaurus

That us awesome! Great find!

Thank you SOMETHING REAL.

They always make the best maquettes. Thank you.

I'm so very pleased everyone has enjoyed what they've seen! Here is the maquette for Sideshow Collectibles' T-Rex. :) 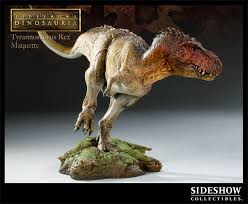 Wow... I guess you could say that Figurine looks like...

@Something Real- Thanks, I always cease the moment to make a pun.

like the rex one a bit more then the carno, still pretty neat though! would definetly buy one of these

I love Sideshow Collectibles. They are just so incredibly accurate.

I might consider purchasing a small one. Thanks for sharing these!