Jurassic World 2 to shoot in the streets of London and feature Dinosaurs wrecking havoc on the city? Sounds far fetched, right? We certainly think so, however, after the fourth Jurassic Park film in the series took place yet again on a remote island, the minds behind the future of Universal's new Jurassic World franhcise have decided it's time for these genetically engineered theme park monsters to move beyond the confines of The 5 Deaths.

In a fresh report from UK based news outlet, The Sun, a source claims that the highly anticipated sequel to last summer's Jurassic World will film in the city of London next year and involve Dinosaurs roaming free, wrecking havoc. Theur report reads:

Location bosses have been secretly scouting areas perfect for the dinosaurs to wreak havoc. A film insider told me: “London is the preferred choice.

“Other locations are being considered but a city as historic as London would look immense on the big screen being destroyed by the dinosaurs.”

Whether or not this is true has yet to be clarified by any reputable news source and fans have already taken to Twitter to discuss their lack of enthusiasm for such a plot direction. Although Colin Trevorrow had alluded to the very real possibility that Jurassic World 2 would see the intermingling of Dinosaurs and the Human population - a film in which Dinosaurs are attacking cities in masses seems a bit ridiculous. In The Lost World the concept worked only because the method in which the Rex made its way to the city made sense - and it was only one (not counting the infant) roaming around.

An army of Dinosaurs would not stand much of a chance when faced with air strikes and tanks, if push really came to shove between the two species. 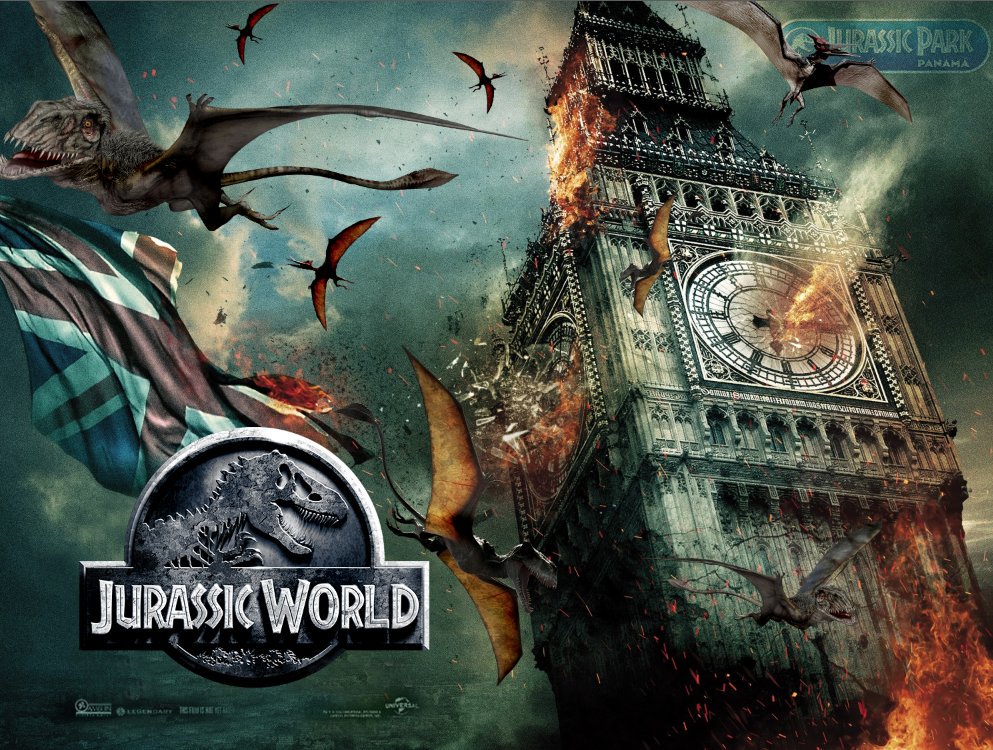 In a more realistic approach, the Dinosaurs will likely be used for military advancement as Hoskins and InGen ultimately wanted. It's very likely we could see Raptors and T-Rexes in a battle-type setting, dubbd by fans as a "Jurassic War", but again, taking the franchise to these lengths would ultimately drown out its mystery and every essense which made this franchise so iconic and wonderous in the first place.

Regardless of the validity of these claims, Jurassic World 2 is happening, filming will begin next year, it will release in theaters on June 22nd, 2018 and Life will Find a Way.

Wow, already complaining and the movie isn't even SHOT yet?!?!  How is the idea of dinosaurs rampaging in a city NOT amazing?!  And in London as well?  It could make for an excellent tribute to the original The Lost World, in which a Brontosaurus rampaged through the city in one of the earliest "monster on the loose" scenarios in motion picture history.  Sounds cool to me!  Plus, we have literally NO IDEA what that concept could mean, how it will be executed, or how it fits in with the plot.  Don't just assume something will be "rediculous" when we know so little.  And don't speak for every fan; I'm not sure who the "we" in this article is, but I certainly don't think its a rediculous idea.

Granted, we don't know anything about the film. But backlash is always expected whenever a film idea is pitched. However, if the rumours are true, there must be a very good backing to the idea that makes sense with the canon of the franchise besides:

Ahem. If I recall correctly, Jurassic World had similar plans and Backlash with the "Trained Raptors". Which I for one was against, However, the way it was executed was magnificent and made sense.

Is it outlandish? Yes, very.  Could it work? Yeah, possibly.

Are the Rumours as it stands wrong? Yes and No. Schrodinger's cat but with Films, they are both correct and false until any statement comes foreward.

Minding, that because they're filming in London doesn't mean that dinosaurs are going to run rampant. Star wars was likewise filmed in London and Europe. JW was filmed some in Baton Rogue and at an abandoned six flags. Neither of those sound like legitimate film locations that would work with the film, but they did.

Maybe that the dinos will be hybrids and have have military advancements (though a Compsognathus with a cannon sounds hilarious!). But if they are going in the theme where dinosaurs will try and take the earth...it may be as Chris said Jurassic war! The other thing is that INGEN has Dr.Wu so yeah they could make their own dinosaurs.Maybe in the movie INGEN was testing their new military dinos in London but the test failed and the dinosaurs escaped wreaking havoc in London...that sounds good but this idea of military dinosaurs sounds far-fetched and the movie may ruin the series.