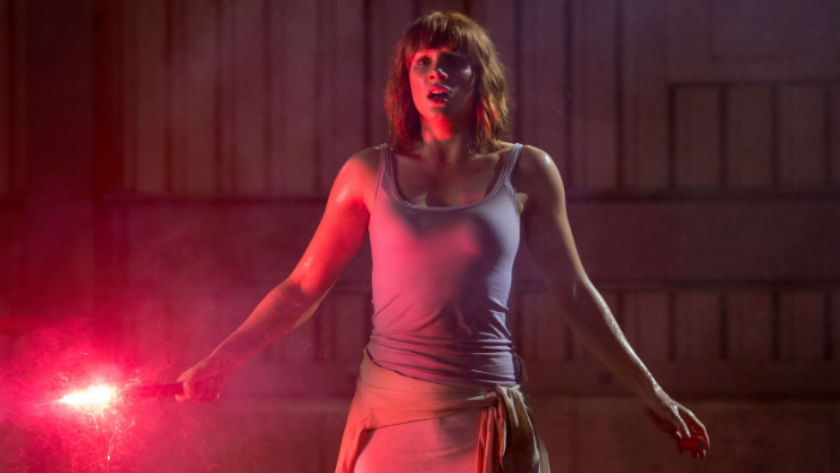 The hunt for Jurassic World 2 news has been somewhat dry as of late. Recently the only drop of news to arise was a vague hint by Colin Trevorrow that a director would be revealed soon. However, during the annual Motion Picture and Television Fund's "Reel Stories, Real Lives" gala evening, Bryce Dallas Howard spilled on her opinion of the plot

The 35-year-old is set to begin filming the sequel to box office smash "Jurassic World," due for release in 2018, and said she was expecting the film to be "awesome, from everything I've heard so far."

"Of course, it's a work in progress. We're all so damn excited to get back together again next year," she added.

Given how little we have about the plot so far, Bryce's comments are extremely encouraging and a very good sign. It may indicate that she already has an idea of what the plot involves.It does certainly bring my hopes up for the upcoming movie. Please let us know what you think in the comments below!

I am SO hyped for this movie, keep the news coming.

Hmmmm, perhaps instead of a hungry T-Rex she will now outrun a group of super fast genetically perfected Raptors while running on high heels.

Of course she will also try to communicate with them through the use of grunts and moans, after which she can use her skirt as a parachute when jumping off a very high cliff.

Yeah, Jurassic World was pretty ridiculous sometimes, so I wonder how much more ridiculous these movies might get.

When she says... 'awesome', I wonder how awesome she's really talking about! CAUSE THAT IS SOMETHING I MUST KNOW!!

Xenotaris 59% To Next Rank
Allosaurus

Xenotaris just cast their vote on the Poll: Spinosaurus vs. Giganotosaurus - Who Wins?